Last week was all about weeding. The main chores for this week were planting sweet potatoes and spreading mulch. We were in the 90s almost every day so pretty much everything needed to be done by 9:30am or so for it to be bearable.

I decided to spread three loads of mulch each day, covering bare spots in the garden little by little. I finished the garden by the end of the week and my husband helped me finish the blueberry patch one day when he was off work.

I planted sweet potato slips just about every day this week. I filled up the sweet potato patch, a raised bed, and part of the ‘overflow garden’. I’m in the process of writing a post on the whole sweet potato experiment…

Other chores completed this week…

I planted two rounds of peas in March. I pulled up the first round this week. The aphids were swarming!..and only three lady bugs in sight. I tried to collect as many aphids as possible and feed them to the chickens. They enjoyed their treat of aphids and pea shells very much!

We are eating peas fresh every day but can’t eat them fast enough so we went ahead and shelled, blanched, and froze these.

(the 3yo has been really helpful in the garden this year!)

When the second round is ripped up, I am planning on putting a tunnel on it and letting a few chickens eat the rest of the aphids and prepare the plot for some more planting. 🙂

I harvested more lettuce, kale, and spinach this week.

Some lettuce was from my daughter’s garden. She was excited to make her first profit of the season 🙂

We have been eating a lot of spinach this spring for many reasons:

I am starting to rip up the first plantings of spinach (planted in mid-March). The spinach planted under the apple tree (mid-April) is doing really well. Too bad I only planted 5 or so plants under there

I’ll have to make a note for next year to plant more under the tree.

Everything seems to like it under the apple tree! The kale, spinach, beets, lettuce, and carrots planted under the tree are ALL bigger and grew faster than those seeds planted in full sun. I am not very surprised… I’ll have to be sure to prepare other trees this fall so I can have more places to plant shade-loving plants next year!

By the end of the week, I had ripped up about half of the spinach plants (bolting) and the lettuce seemed to be ready to harvest all at once so we had a BIG lettuce harvest — it should last us about a week… 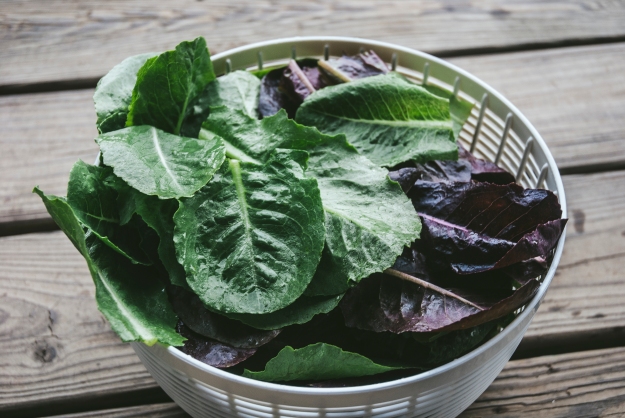 Egg production has slowed a bit as we have three broody hens and have been in a heat wave recently. We only put eggs under one broody hen (too much to keep up with otherwise; for me, at least) and are trying to discourage the others from sitting for the time being. I am welcoming the ‘slowing’ of egg production as this means we are only getting a dozen a day instead of  one and a half dozen a day 🙂

A friend gave us one of her roosters that her granddaughter is afraid of. She thinks he’s fine (not aggressive) but since her granddaughter is afraid of him, she offered him to us. I was wary but my husband said we’d try him out 😉 The kids are scared of him, just because of their last experience with a rooster. Hopefully they’ll get over that. The good news is, if he works out, we won’t have to borrow any fertile eggs for our broody hens anymore! 😀 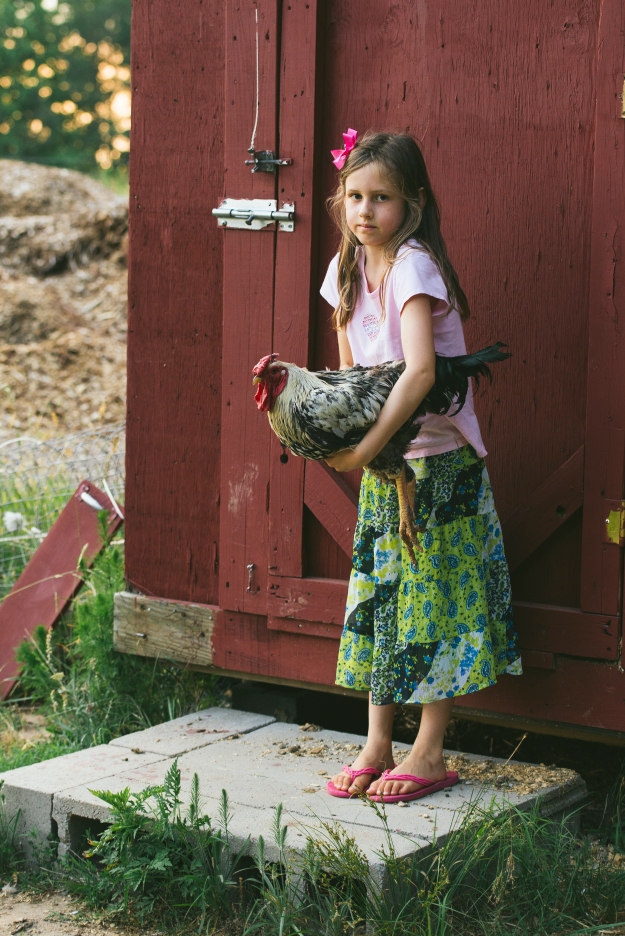 Check out what others are harvesting at Daphne’s Dandelions!