I spent the week harvesting onions

a few raspberries and strawberries 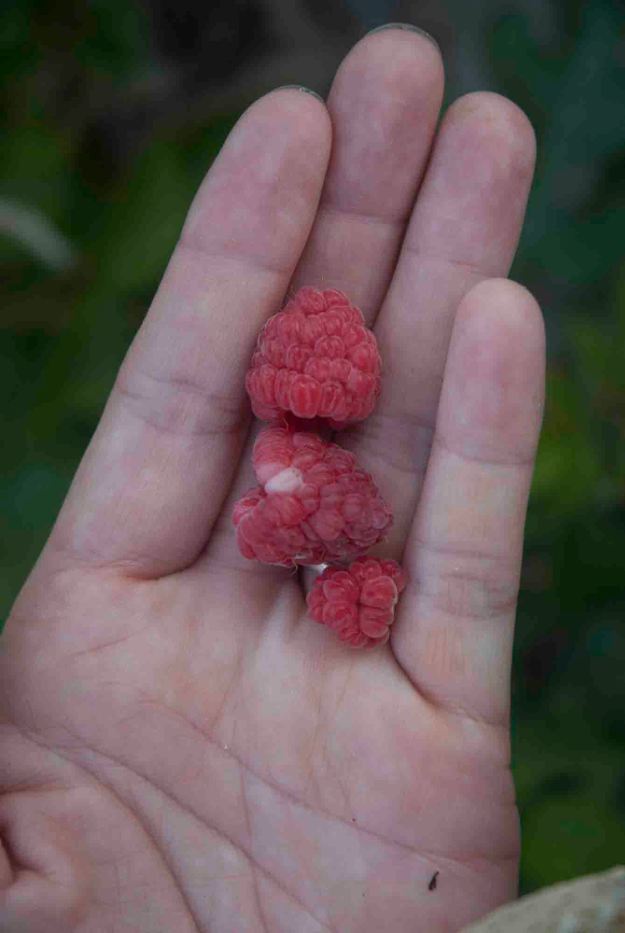 summer and winter squash (I have more plants growing that will hopefully yield more later but the plants that produced these were done.) 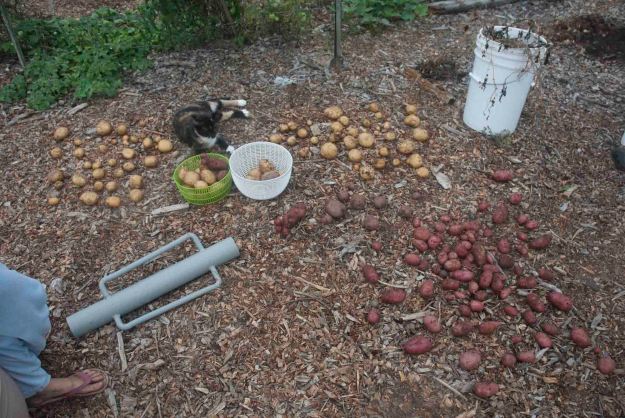 I spent a couple of days harvesting potatoes. I let them dry on the mulch for a day, inside for two days, and then wrapped them in newspaper and put them in the cool basement in a milk crate.

Last year, I alternated a layer of potatoes and newspaper. However, last fall, I wrapped my sweet potatoes in newspaper (individually) and they kept for over 6 months. I thought I would try it for garden potatoes.

One thing I found interesting: When I harvested the potatoes, they were smooth and beautiful. I laid them out to cure for three days. As I wrapped them up, certain varieties were wrinkly. They looked like potatoes look after a few months in the basement. There is no way we could eat all of them now so I still wrapped them and put them in the basement anyway but I am curious to see what will happen. Part of me wonders if it is just various types don’t cure/store well because the Yukon Gold were not wrinkly after curing.

I need to figure out what varieties I want to order for next year. The Yukon Gold did not wrinkle when they cured but they also rotted in the ground more than I would like. The Red Adirondack (an impulse buy) produced wonderfully; however, they were the ones that wrinkled when curing. I will just have to make sure we eat those fresh and store another variety. Red Norlunds, which are very popular in my area, rotted worse than any other variety. Part of me wonders if it was just where they were planted (a new section, with not as much sun)…I may give them another year but I haven’t decided yet. I need to find a few good storage potatotes. Anyone in a fairly rainy zone 7b have suggestions?

Another interesting potato observance is that although the vast majority of the plants died completely back, there is a section that is still going strong. I wonder if this is the unknown storage potatoes I bought at the feed store. I can’t remember exactly where I planted certain varieties. We’ll see when they do die back.

(all of the mulch in the pic above was potato plants)

(beans left in a canopy of sunflowers)

What are you harvesting? Check out what other gardeners are up to at Daphne’s Dandelions today!