Sorry this is about a week late. January threw me for a loop. Baby #7 was due at the end of January. I have never had a baby come any earlier than 41 weeks or so. When my water broke at 38 weeks, it was a shock, to say the least. Anyway, here is what the garden looked like at the beginning of January.

And here is what it looks like at the beginning of February.

We had an ice storm at the end of January and about a week later, we reached the low 70s.

Our spring bulbs are very confused. 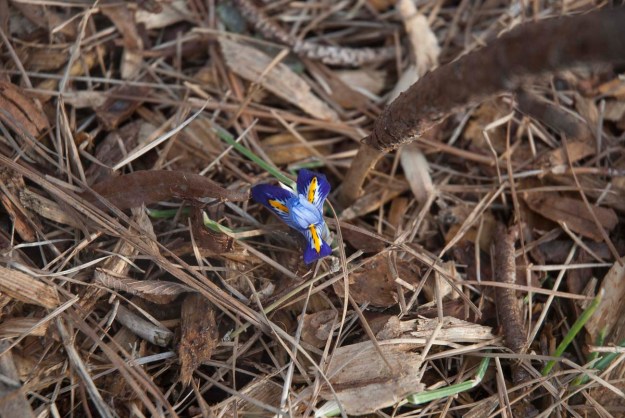 I uncovered the hoops and the cabbages looked fabulous! They weathered the high teens beautifully. Because of the warmer temperatures, I kept them uncovered. And the deer appreciated that because they ate two of my cabbages that were just about ready to be harvested. 😦 So sad. Part of me thinks – when do I throw in the towel? while another part of me thinks – one day I’ll get this!

The broccoli did not fair well in the ice storm. I need to write down in my garden journal to use thicker fabric for the broccoli next year.

Most of the young, purple cabbages are looking pretty good. I just need to keep them alive about another month then I think we’ll be able to harvest them 😀 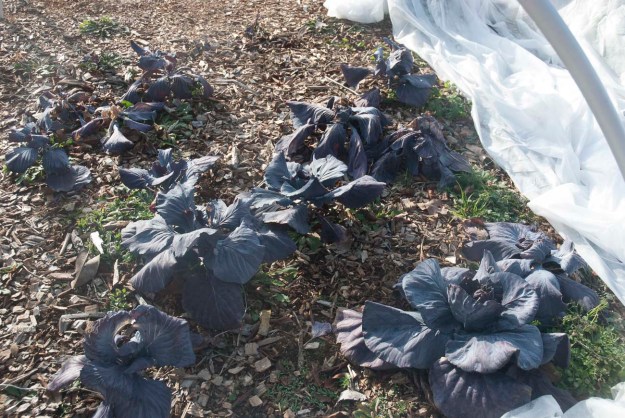 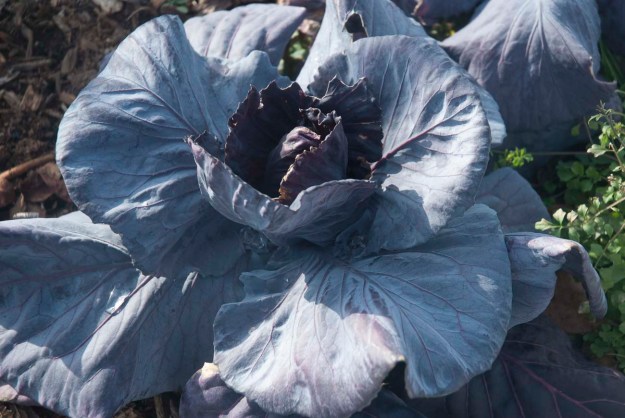 I was able to prune about 10 blueberry plants before I went into labor.

I still have about 20 or so more to go. I have recovered for the most part from labor and delivery so I plan on pruning the rest this month.

(This is what the bushes look like before being pruned)

I have SOOOOO much to do this month! I hope we continue to have some pretty days so that I can get all of it done!

HAVE TO DO in February:

Are you in the dreaming stages of your 2016 garden? Are you harvesting? Or are you just trying to keep things alive, like me? 😉 Happy gardening!

Harvesting about a dozen eggs each day from our 16 chickens (2yo). Our overwintered kale does not taste very good so we are not harvesting anymore. We are just waiting for kale blossoms – our favorite!

A couple of hens have gone broody. We are letting them sit on some eggs but we are not getting our hopes up. Our roosters are only a year old so they are still perfecting their technique 😉

It has been interesting to see what a week of nice weather does to spring bulbs. I uncovered them more at the beginning of the week and the smaller ones have responded beautifully.

You can see in this next picture, the bulbs on the left came through the mulch while the ones on the right were blooming under the mulch (the white flowers on the right is supposed to be blue).

And again, in the center of the picture below, a dwarf iris attempted to bloom under the mulch before I pulled it back. 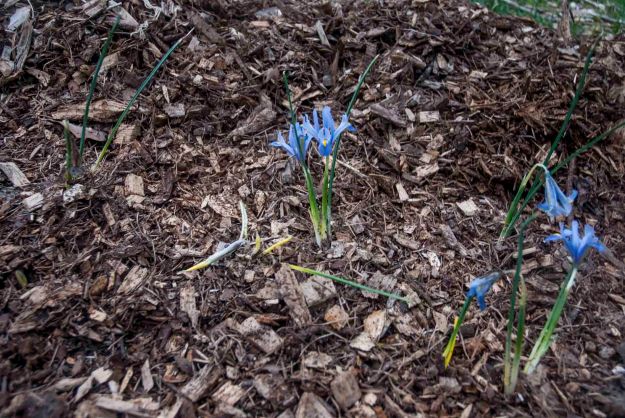 Even some crocuses (yellow in the center) were blooming under the mulch). 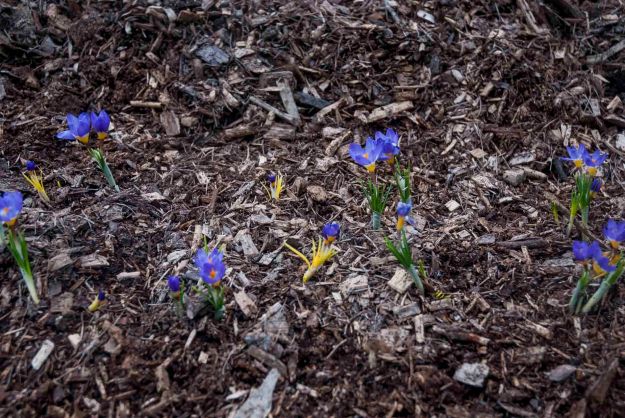 The daffodils were fun to watch. More bloomed each day this week.

Friday, after a rain.

Seeing what other people’s spring bulbs look like, I think I am going to move these bulbs in the fall. They are just not getting enough sun, being on the north side of the woods. What do you think? Should I move them this fall? Leave them another year? This is my first year growing bulbs so I am pretty much clueless.

Lastly, some more strawberries are popping through the mulch. It is fun to see things come back to life!

What is going on in your garden? Check out what others are up to at Daphne’s Dandelions.

I am looking forward to posting the ‘Beginning of April’ post later this week, seeing how much things have changed in a month!